CNN talks to ILIR founder Niall O'Dowd, Orla Kelleher from the Aisling Irish Center and "Bridget," in New York as part of a feature on the plight of the undocumented Irish. 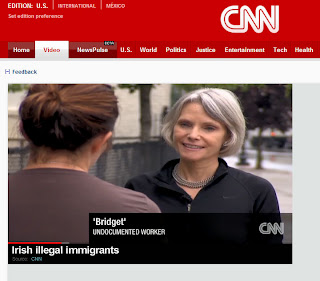 Posted by Kelly Fincham at 11:24 AM No comments:

Sarah Thomas Maldonado inserts some sane commentary on the so-called debate over immigration.
As Maldonada makes clear at LoHud.com, "for the majority of people, there is currently no legal way to apply to become a resident/citizen of the United States."
She should know.
Maldonado, who currently heads the Immigration Law Practice at Jones Garneau LLP, is a former assistant district counsel at the U.S. Immigration and Naturalization Service.
Read what she has to say http://www.lohud.com/apps/pbcs.dll/article?AID=20107290336.
Posted by Kelly Fincham at 5:35 PM No comments:

And still the deportations go on...

The New York Times reported the sad story of the Irish man who now faces deportation after spending the July 4 holiday with his American girlfriend on a yacht in the Long Island Sound. The Times story reveals how he was caught by Coast Guard Officials during a customs check of the yacht.
Posted by Kelly Fincham at 2:29 PM No comments:

Irish fleeing Ireland in droves as emigration set to hit 120,000 for year 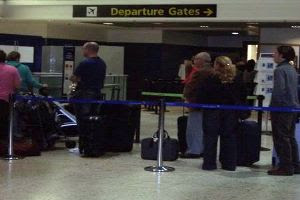 Here's an image to stop you in your tracks. The number of people who will emigrate from Ireland in 2010 and 2011 will add up to 120,000. And as the business editor of the Irish Independent pointed out last week, that is the figure given by the last census for the population of Cork City.
Think about it. Imagine chopping off Cork and letting it drift into the Irish Sea and then around the corner of the Kerry coast into the Atlantic. Before you know it, Cork would be bumping up against Manhattan.
Read more at IrishCentral
Posted by Kelly Fincham at 3:18 PM No comments: 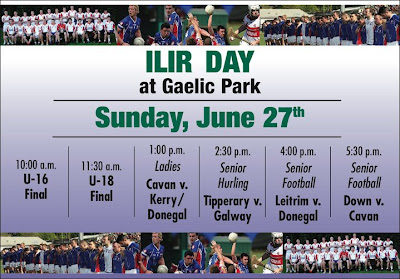 Posted by Immigration Reform Please! at 8:49 PM No comments:

There Are Illegal Irish Immigrants Too

CQ WEEKLY – VANTAGE POINT
May 31, 2010 – Page 1318
By Theo Emery, CQ Staff
More than half of illegal immigrants to the United States come from Mexico, which puts our
southern neighbor at the center of the immigration debate and is the reason President Obama last week said he would send National Guard troops to help protect the border.
But what about the Irish?
An Irish-American group has for several years lobbied to arrange a path to citizenship for the 10,000 or more illegal Irish immigrants in the country — an asterisk among roughly 10 million undocumented non-citizens, but significant nonetheless.
“As far as Irish immigrants are concerned, a ‘no Irish need apply’ sign hangs on the Statue of
Liberty. Take it down,” says Ciaran Staunton, who co-founded the Irish Lobby for Immigration
Reform in 2005 and worked with Sens.
Edward M. Kennedy of Massachusetts and John McCain of Arizona on their immigration (ROLL CALL / CHRIS MADDALONI) legislation.
Staunton is part of a coalition of immigrant-rights groups, ranging from Asians (an estimated 1
million illegal immigrants) to Africans (perhaps 300,000), urging Congress to act this year on
comprehensive legislation that would, among other things, allow a chance for citizenship.
But it’s hard to be heard in the dominant debate over Mexicans and other Latin Americans.
Asians and Africans, despite their numbers, “are often actually ignored when it comes to
dialogue or discussions about immigration reform,” says Chuks Eleonu, president and CEO of
the African Peoples Action Congress.
Staunton, however, doesn’t begrudge Latinos the attention. “When you fire a stone at an
undocumented from Nicaragua, you’re hitting one from County Kerry,” he says. “We’re all in it
together.”
Source: CQ Weekly
The definitive source for news about Congress.
© 2010 Congressional Quarterly Inc. All Rights Reserved.
Posted by Immigration Reform Please! at 9:18 PM No comments:

From the San Antonio News
By Elaine Elaya
Ciaran Staunton, (above) president of the New York-based Irish Lobby for Immigration Reform, was in San Antonio on Friday to promote passage of comprehensive immigration reform and encourage Irish Americans to push their congressional delegations for support.

Proposed reforms — yet to be introduced in Congress and stymied amid divisions over clearing a path to citizenship for the 11 million immigrants in the nation illegally — rest in the office of Sen. Charles Schumer, D-N.Y.

Staunton agreed. Read more
Posted by Immigration Reform Please! at 7:03 AM No comments: